On the initiative of Mayor of Ełk Tomasz Andrukiewicz in the city hall took place meeting of the management board of Elite Shipyard Ełk (Saxdor Yachts), starost of Ełk, heads of secondary schools and representatives of the city government and County. The conversation concerned the possibility of creating a new field of education in Ełk for young people: boatbuilder. The company offers work in this profession and support in training of future staff. 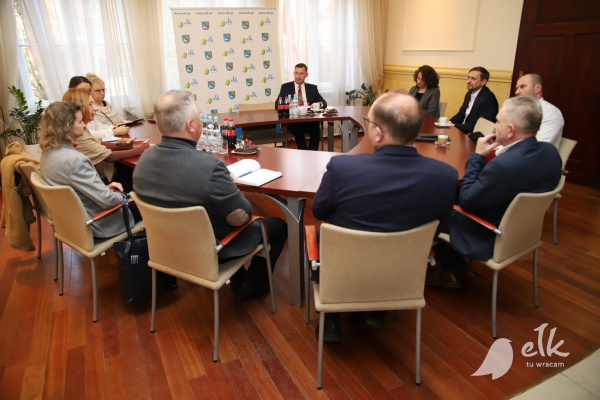 During the meeting in the town hall talks were started about the possibility of establishing secondary schools in one of the Ełk secondary schools a new field of education, i.e. boatbuilder (building boats, yachts, cutters). They talked about the related formalities, prospects for the development of young people in this profession, employment offers offered by Elite Shipyard Ełk, and also training support, recruitment of staff. Also discussed about the equipment of rooms for practical classes in the profession and joint activities Promotional. A positive opinion on this matter must also be expressed by Provincial Labour Market Council. It is also planned to create a boatbuilding course for adults.

The Management Board of Elite Shipyard Saxdor currently employs 269 of persons and declares the need for another 300 qualified employees. The company is engaged in the production of boats and yachts. Currently, it operates in rented premises within the Suwałki Special Economic Zone Subzone Elk. Talks about cooperation began more than 3 years ago, when the city of Ełk and Suwałki joined the competition to acquire an investor. Finally, the company chose a location in Ełk, purchased land and started production in a rented hall employing then only 9 people.

In connection with the commencement of construction of the shipyard on the purchased from City plot in the area of the Science and Technology Park, the company Elite Shipyard plans employment of several hundred more employees. Therefore, the company's management board withdrew from initiative and inquiry about the possibility of establishing secondary schools in one of ełk's secondary schools field of education – boatbuilder for young people and training for adults.

The meeting was attended by Paweł Błaszak, Vice President of Elite Shipyard Ełk (Ełk shipyard), Michał Bąk Secretary General of the Polish Chamber Yacht industry and Water Sports, which wants to get involved in the process creating the direction and support of education, as well as the president of Ełk Tomasz Andrukiewicz, starost of Ełk Marek Chojnowski, deputy starost Robert Dawidowski, Directors of the Vocational Training Centre, School Complex Mechanical-Electrical, School Complex No. 1, Head of the Department of Education in District Office in Ełk, head of the Department of Spatial Planning and Real Estate Management in the Ełk City Hall.

On the initiative of the ruler of Ełk, another one was also located in the city. a company operating in the boatbuilding industry, i.e. Kotniz from Białystok. The company occupied part of the buildings after FSO and produces equipment for the production of boats and cooperates from Elite Shipyard Ełk.

Poland is the second producer in the world, after the USA yachts and boats. Elite Shipyard Ełk cooperates with partners m.in in USA, Thailand, Vietnam. 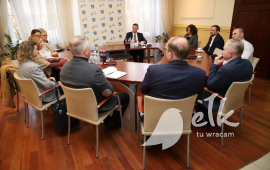 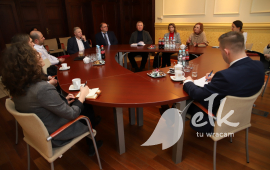