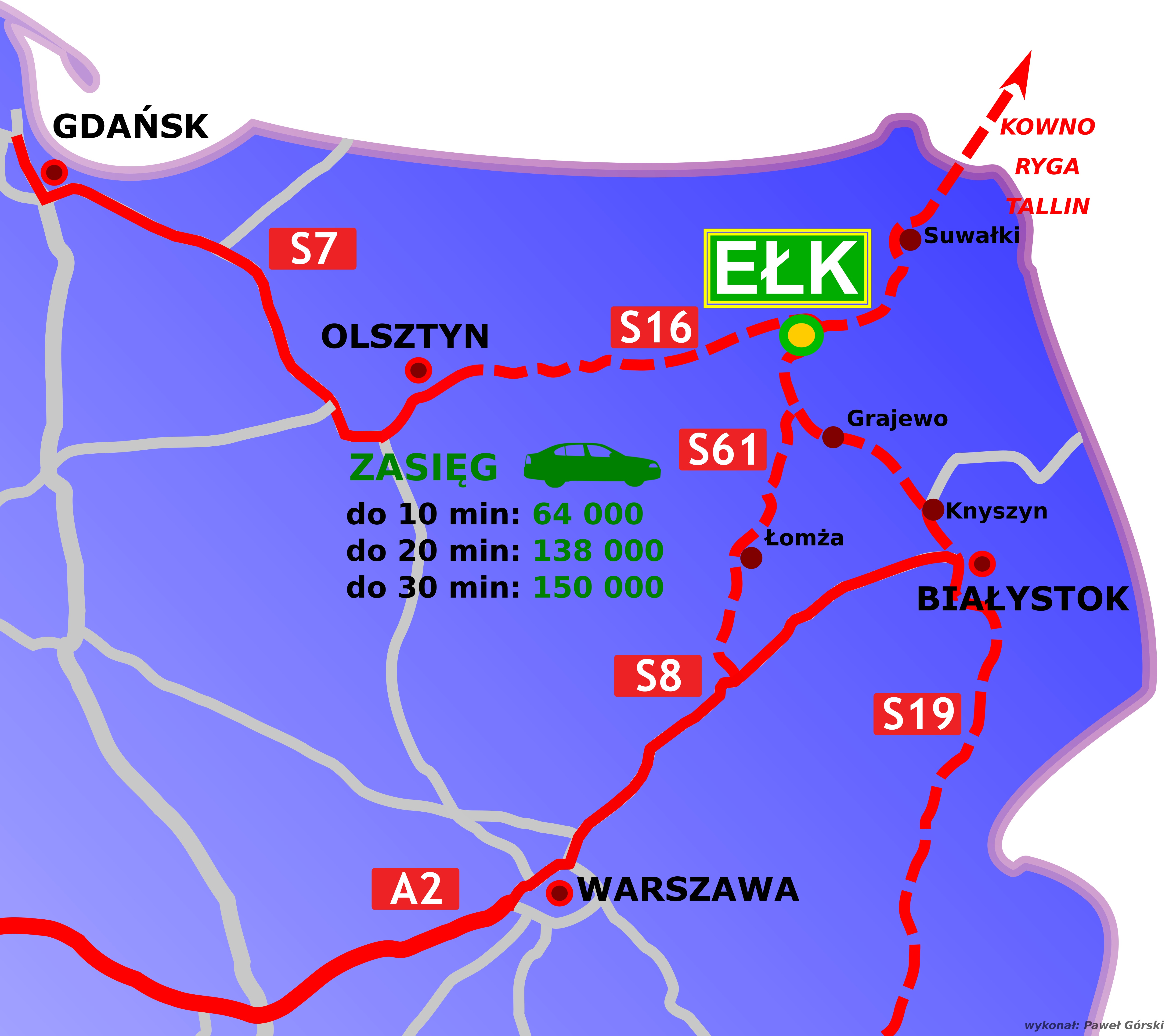 Via Baltica and Rail Baltica

The city will be run two newly built communication routes: road "Via Baltica" and "Rail Baltica".

Railway Rail Baltica and road connection Via Baltica are part of the trans-European transport corridor connecting Warsaw, Kaunas, Riga, Tallinn and Helsinki. Rail Baltica line is intended first and foremost to the transit traffic of inter-State.

Via Baltica as transport corridor Warsaw-Budzisko, serves as the main road connection between the Baltic States. This international road E67, partially completed as expressway from Warsaw to Tallinn running with Polish by Lithuania, Latvia, Estonia. Part of the Via Baltica to be nowotworzona Expressway S-61, drawn by Ostrów Mazowiecka-Łomża-Ełk-Suwalki-Budzisko which is planned for inclusion in the framework of the TEN-T network.

The Rail Baltica route by an elk is an important solution in terms of connecting the Baltic with Central Poland and the rest of Europe. 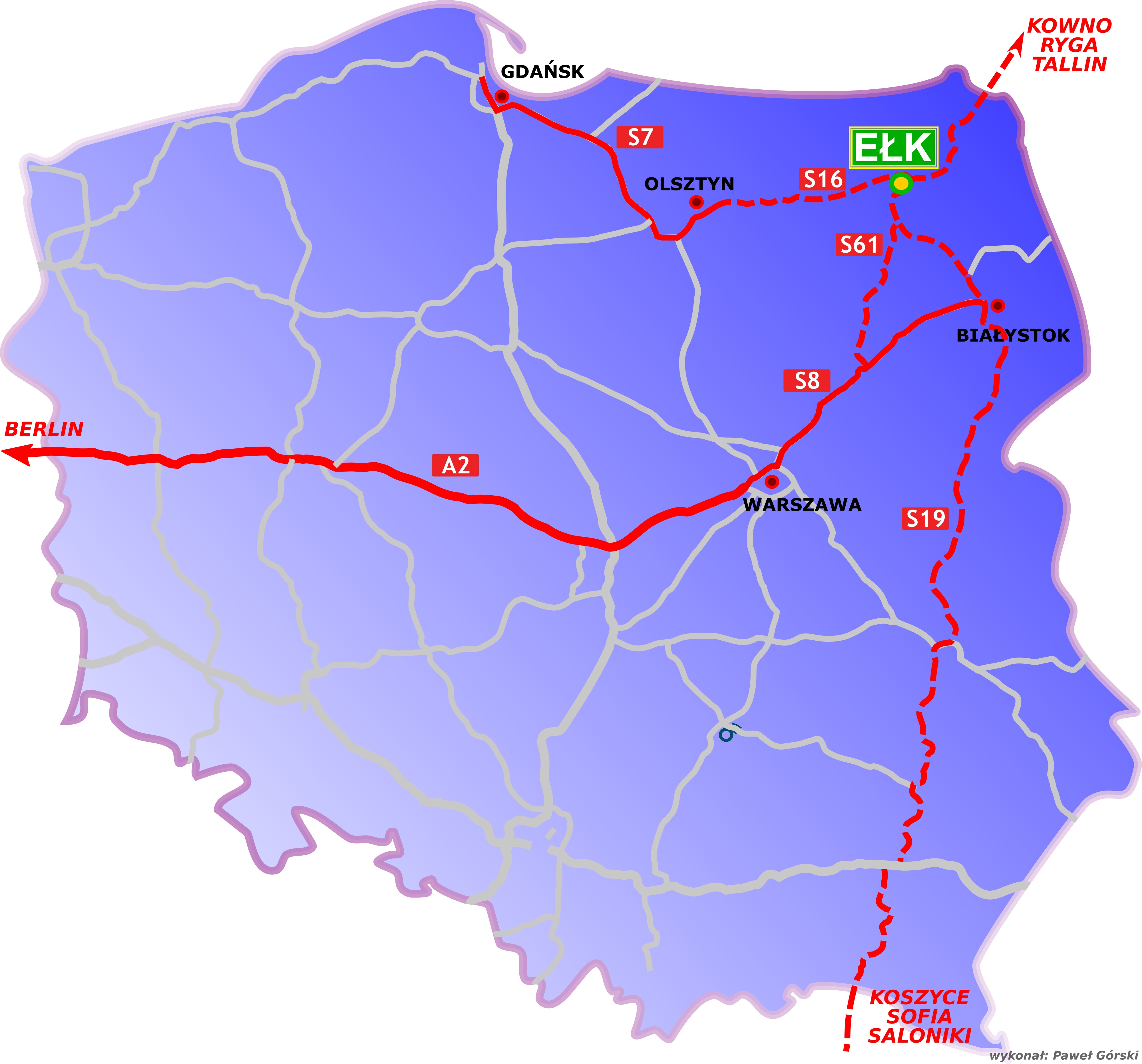 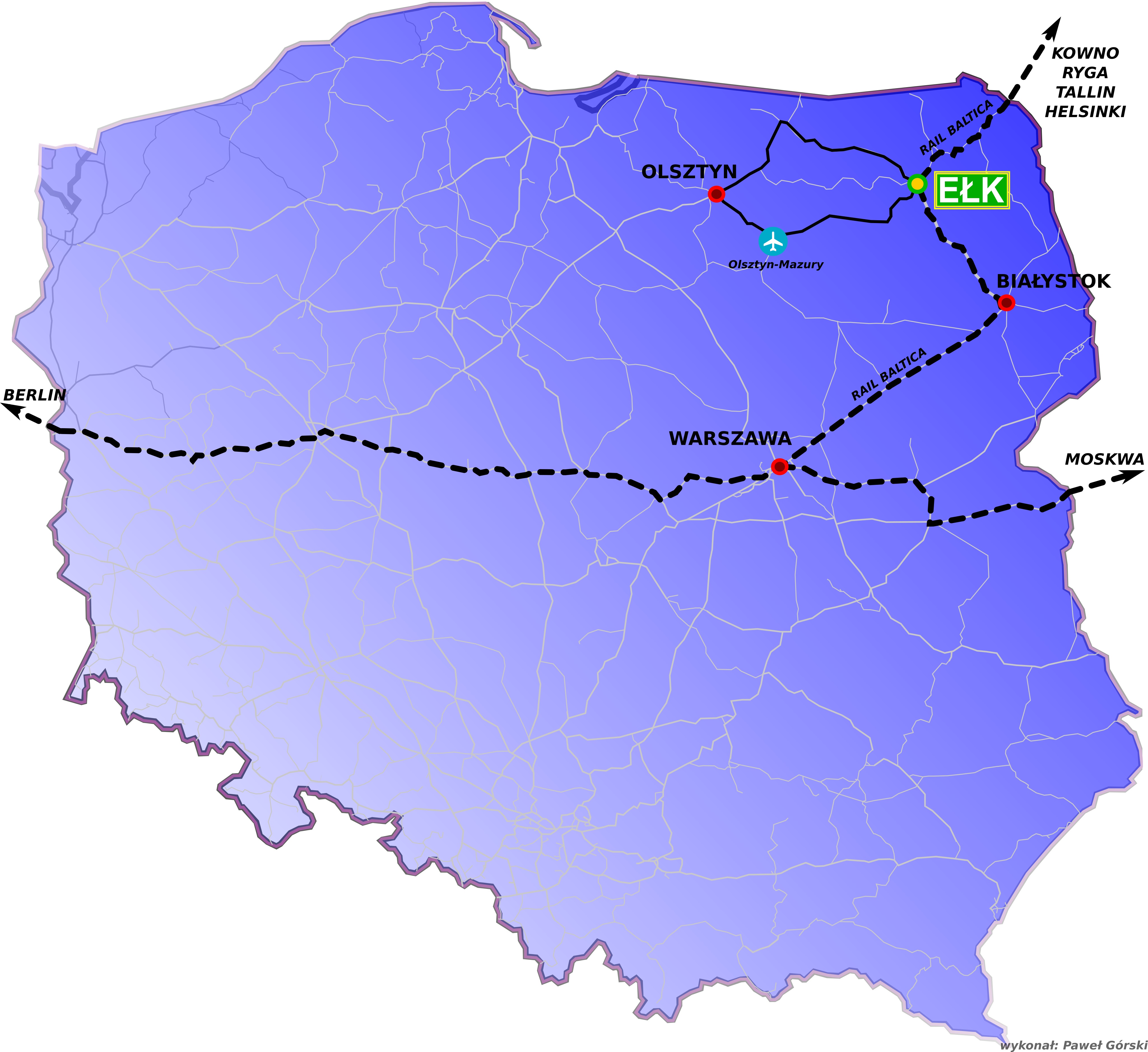 They invested with us