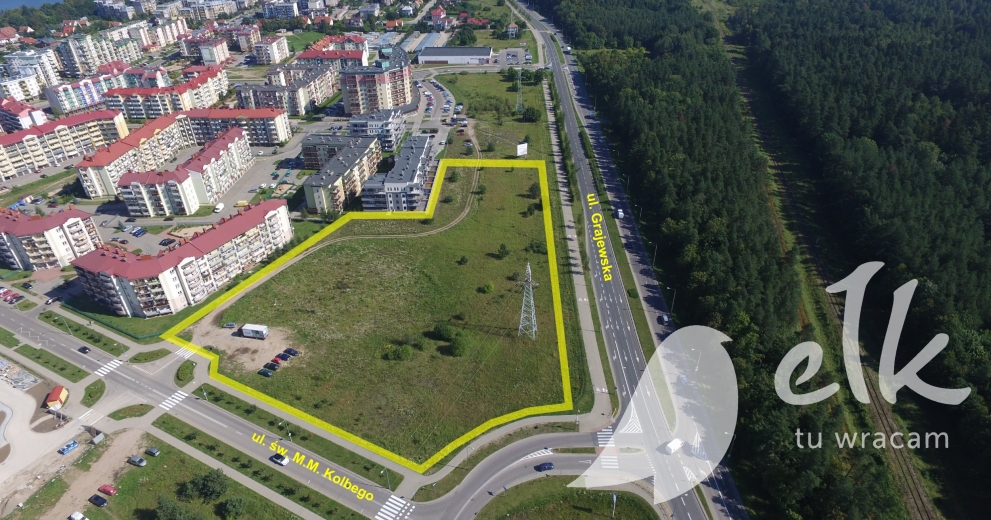 An area in the South of the city, along the national road No. 65 (ul. Grajewska) access from the street. . M.m. Kolbe, a: ok. 500 m from the primary school and kindergarten and ok. 250 m non-public kindergartens. 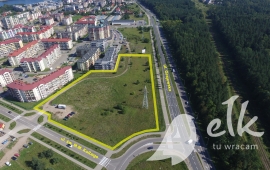 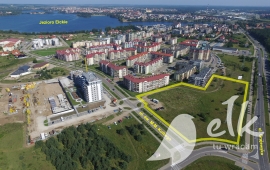 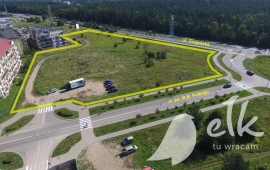 Information about the property:

Elk City Council passed a resolution on the accession to develop changes to the local land development plan, known as the "Elk-Kolbe, Lambs", including m.in. the area is a link to the resolution.

In accordance with the intended area to be designed under the housing wielorodzinną with inexpensive services.

Pollution of surface water and groundwater: no

Whether they were carried out geological surveys of the land: no

The risk of flash floods or landslides terrain: no

Obstacles to the underground:

In the north-eastern part of parcel # 3906/4 thermal network is at the eastern border runs an underground power transmission network eS2, the western border is the connection of sanitary sewage system and water supply, there are zakrzaczenia and small trees;

By parcel # 3919 run network: a network of water supply DN-200, two collectors jam-packed sanitary sewer DN-600 and a power transmission network. In addition, along the South-eastern boundary of parcel # 3919 (outside the intended to lease) is an active fiber-optic Broadband pipeline Polish (SSPW).

Obstacles that occur on the surface of the terrain: by land # 3919 runs overhead power transmission network

Buildings and buildings on the site: no

The area is located along national road No. 65, and the local public roads on the ok. 200 m.

Property is located in. 4.5 km from "Elk" in the proposed Expressway S-61, that is part of the international route VIA-BALTICA.

Drog (a) dojazdow and: the property has decorated the public road-ul. . M. M. Kolbe.

Railway: the train station is just ok. 5 km by the Elk will be international corridor rail network RAIL BALTICA, and is designed to the public road-service-providing train terminal handling of goods transported by different means of communication, integrated with the trans-European transport network TEN-T.

Water supply- there is a connection, pipe diameter: Ø 100

In the strip of road Street. M. m. Kolbe are also network drainage and telecommunications with the ability to join.

The conditions for the acquisition of immovable property

Condition for the invitations to tender is payment of the established security and not having the financial backlog to Elk City and make a statement about no arrear in fees.